Last week, Evidence Action participated in USAID’s Global Innovation Week, 2017. The event brought together innovators from all sectors of international development and aid, from water and sanitation to agriculture to technology.

Dispensers for Safe Water was honored to be a member of the Million Lives Club, a group of programs whose reach extends to millions of people worldwide. Dispensers for Safe Water installs chlorine dispensers near public water sources in rural areas, allowing those in need to put a pre-measured amount of diluted chlorine into their jerrycan, keeping their water safe to drink for up to 3 days. With coverage in Kenya, Uganda, and Malawi, Dispensers’ success lies in its high adoption rate of 50%+, and the program reaches 4.7 million individuals.

No Lean Season was also highlighted at the event. The project reduces the impact of seasonal poverty on rural agricultural families’ income and nutrition by offering a travel subsidy of approximately $20, allowing a family member to travel to a nearby area with temporary job opportunities. This allows them to support their families during the lean season between planting and harvesting when agricultural jobs are scarce and food stocks are low. No Lean Season was featured in the event’s Prosperity section alongside other interventions that amplify impact to those in need. Evidence Action Beta is currently testing No Lean Season at scale in Bangladesh and exploring the feasibility of initiating early-stage testing in Indonesia next year.

Karen Levy, Evidence Action’s Director of Innovation, and Mushfiq Mobarak, Professor of Economics at Yale and lead author for the evidence-based research that launched No Lean Season, both spoke on a panel discussion about the efforts of researchers and social entrepreneurs working together to put evidence into action. Karen spoke on the importance of relationships between implementers and researchers in order to bridge the gap between what works and implementing at scale. 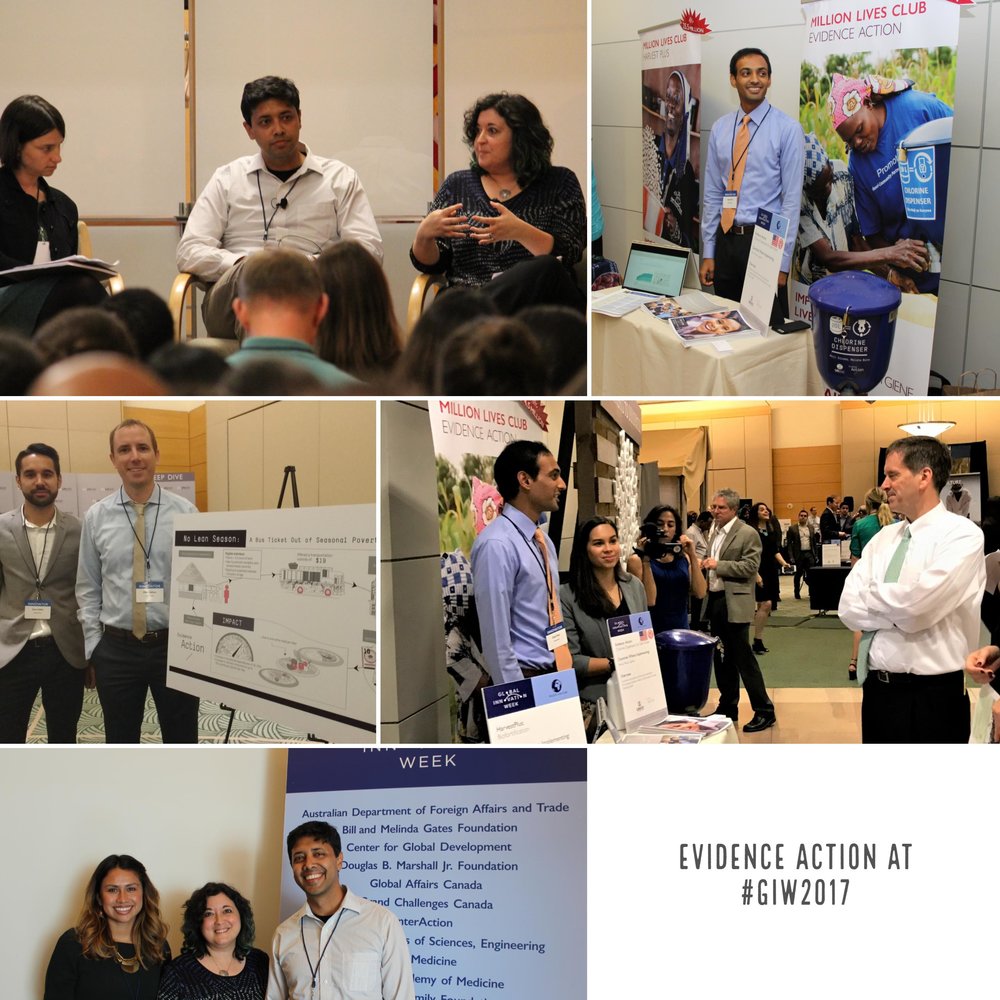