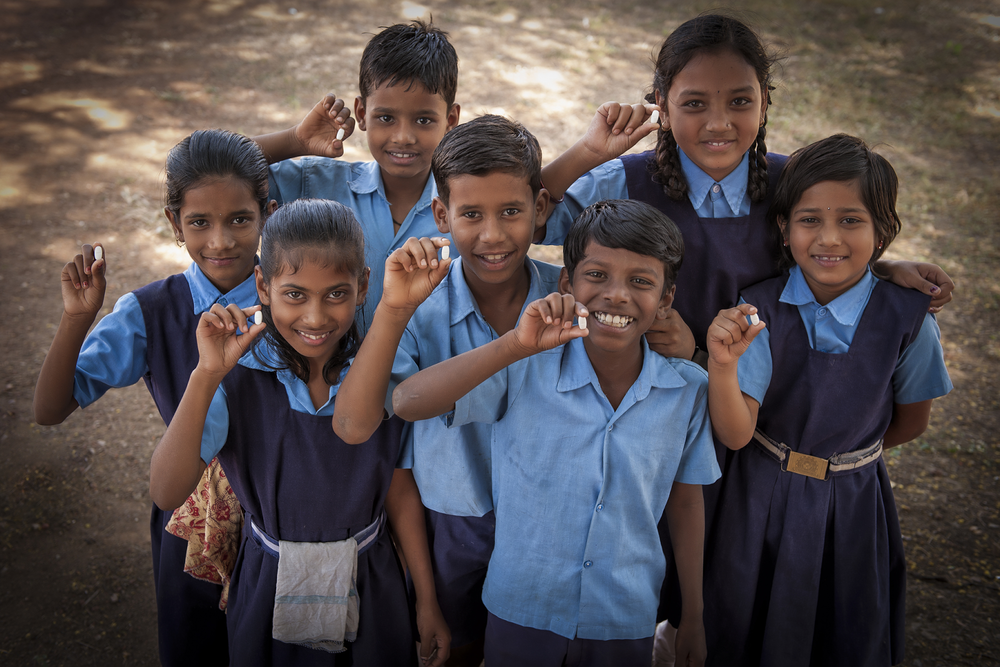 Three hundred and ten million children across 34 states and UTs were targeted to receive a single deworming tablet from their teachers across schools and anganwadis in India. A national deworming day occurs annually in February, with a second round taking place in August in select states, as per World Health Organization recommendations. Evidence Action provided technical assistance to seven states during the August 2017 deworming round, including Tripura, Uttar Pradesh, Bihar, Chhattisgarh, Telangana, Jharkhand, and Karnataka.

While the intervention itself involves administration of a single 400 mg dose of Albendazole to children, this mass-scale deworming program is the product of months of planning that requires engagement at multiple levels with several stakeholders, including state government departments, functionaries, and communities.

Through the Deworm the World Initiative, Evidence Action is proud to support this program and the impact it has. Together with the government and other technical assistance partners, we work towards a National Deworming Day where every child in India, regardless of circumstance, can benefit from deworming.